Welcome | Our Team | Our Studio

Here at the school, we want to create a dynamic community where students of all instruments get to meet, jam together and perform. So once a student signs up they become a Member of the School and access many benefits;

Interested? Feel free to get in touch and we will be happy to help! 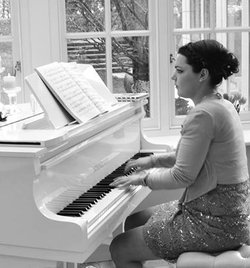 Gillian has had a lifelong love of music and even though initially pursued a career in design, realised her heart lay in music and so took a big leap to follow this ambition. Growing up, she studied piano, clarinet and music theory and although she found it extremely rewarding, she also  found it to be a solitary experience. She found that her confidence was lacking and there was just 'something missing'. This lead her to realise the need for music students to communicate, collaborate and have FUN together! This ignited her dream to open a Music School where students of all instruments could feel part of a community and have opportunities to meet, jam and perform.

She completed two diplomas, a Piano Teaching diploma through the London College of Music and an Instrumental diploma through Trinity Guildhall. As a result of her studies she has adopted a 'Sound before Symbol' approach to teaching and encourages playing by ear, improvisation and composing to make lessons a fun and pro-active as possible.

She currently teaches at the Music School and in local Primary Schools. 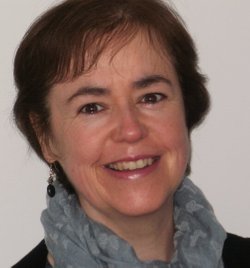 Patricia has a Diploma in Piano Teaching from London College of Music and is a registered teacher with the Incorporated Society of Musicians.  She has spent three years studying piano teaching with Evoco, Northern Irelands’ piano teacher training organisation.

Over the past 20 years she has successfully been teaching pupils from beginner level through to Grade 8, achieving success in ABRSM, Trinity Guildhall and London College of Music piano examinations. She encourages pupils to explore playing by ear and improvisation.

Her teaching philosophy is influenced by the ideas of Kodaly and Dalcroze.  She is always looking for new approaches to teaching the piano so is very excited to her lifelong love of music with new pupils at GHM. 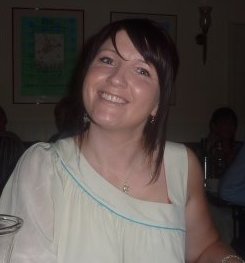 Music has always been a huge part of my life. I play a range of instruments mainly the Piano and Clarinet. From the age of nine, I sang under the direction of Bob Leonard with his Children’s Choir and progressed through the ranks under the direction of many great organists and choir masters such as Kevin O Neil, Danny Burke and Raymond Lennon. In 2006, I became music director of Cantóirí  choir (Irish for singers). We provided music for a range of services such as weddings, funerals and events. In 2010 we released our first album, 'Music in the Air' and have been recorded several times for the BBC and other programmes. I have been privileged to play the organ in Lourdes and Knock Basilica and in 2010, I was very honoured to play the beautiful Steinway Piano in the Áras an Uachtaráin for the then Irish President Mrs Mary McAleese.

Currently, I am busy recording with a number of artists including composer in resident John Emmanuel.  I am delighted to join Gillian and fingers crossed we just might find the next Barry Douglas! 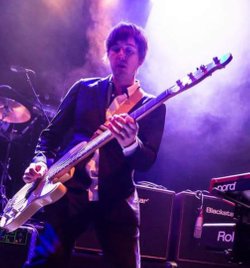 Barry has been a fixture of the local music scene for many years now. He is a very talented guitar player being proficient in acoustic, electric and bass.

Through his love of performing he has been part of several bands performing live gigs at Bars, Weddings and Events around the country.

As a member of Belfast band, The Vals, he has recorded and performed with many established names and in 2015 toured Europe with Paul Weller performing to millions on T.V. He also appreciates a well put together sandwich!

So whether you fancy learning acousitic, electric or bass guitar - or try them all! Barry can tailor lessons to your needs.

Melissa began performing at age 9 when she joined the Newcastle Junior Glee Singers and has been performing ever since. With both the Assumption Grammar Choir and Ulster University choir, she has performed in a number of venues across Ireland to include both the Waterfront and Ulster hall, Christ Church Derry and the Millennium Forum.

Melissa began singing lessons at 17 and has since achieved her Diplcm Performance Diploma and has recently graduated with a Music degree from Ulster University. Since she began teaching Musical Theatre Singing 2 years ago, her students have a 100% success rate in exams and she hopes to maintain this level of success with all of her future pupils. 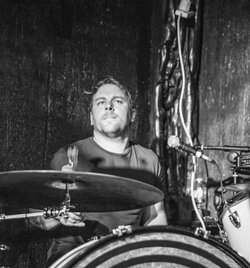 James Heatley is a songwriter, percussionist and drummer with Irish rock band The Answer.

Self-taught James has been playing the drums since he was 15.

At the age of 17 he had his first taste of touring, playing as the live stand-in drummer for Ash on a break through major UK Tour.

The Answer formed in 2000. Since then they have released 6 critically-acclaimed albums and recorded in some of the most famous and interesting studios in the world including Olympic Studios in Barnes London, Monnow Valley in Wales and even at Jeff Porcaro’s (Toto) personal drum studio in Los Angeles.

Touring all over the world, James has played well over 1000 shows and has performed to millions of people on stages (both big and small) with some of rocks greatest including The Rolling Stones, AC/DC, The Who, Aerosmith, Deep Purple, Alterbridge, Black Stone Cherry, The Eagles of Death Metal…the list goes on.

Hence James' drumming brings with it an unprecedented wealth of knowledge regarding song-writing, studio recording and live performance. 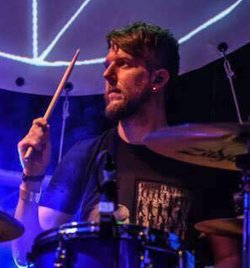 Martay’s musical life started as a child when his cousin lent him a pair of drumsticks.  He played everything in the house until he bought his first drum kit at age 13.  He has been mainly self-taught, but early on received six beginner lessons with former Taste/Rory Gallagher drummer, John Wilson.  Last year he completed a Diploma in Professional Musicianship (Performance) in Drums at DIT, Dublin. Over the last few years, Martay has studied with some of the worlds finest drummers including Benny Greb, Mark Guiliana, Jojo Mayer, Ash Soan, Keith Carlock, Mike Johnston and Anika Nilles to name a few.

He plays live regularly both locally and abroad, and has supported and played alongside bands such as Level 42, The Coral, Bob Geldof and Gerry Leonard (Guitarist for David Bowie).  He can also be seen behind Outkast's Andre 3000 (Andre Benjamin) in the movie, Jimi: All Is By My Side, the biopic about guitarist Jimi Hendrix.He is currently in the process of recording a new EP with his band from Dublin, De La Rose, and just completed recording a new album with Northern Irish singer/songwriter Chris Keys which was released in July 2017.

Including teaching in Gillian Hanna School of Music, Martay also teaches drums in St Patrick’s Grammar School in Downpatrick (his old secondary school), although his drumming career began at his local youth club, the Patrician Youth Centre.  He can still be seen behind the drum kit each year at their Christmas Pantomime and mid year musical.

Martay’s approach to teaching is relaxed, fun, and exciting, and he certainly brings a lot of ‘on the road’ experience with him which can’t really be taught from a book.

He looks forward to meeting you and making music! 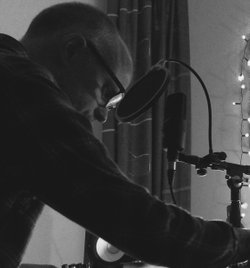 Neil Foster studied voice, piano, percussion and conducting at the Royal Conservatoire of Scotland and the Conservatorium van Amsterdam before moving to London to work as a session musician. He is an accomplished singer-songwriter, percussionist, pianist, choral singer, vocal coach. Recording credits include the film "Lord of the Rings: the Two Towers" (Percussion), Handel's "Music for the Royal Fireworks" (Percussion) [Deutsche Gramophon], and the film "Kingdom of Heaven" (Voice) as a member of the prestigious Bach Choir. He has performed and recorded with a wide range of orchestras and ensembles throughout the UK and Europe, including the BBC Symphony Orchestra, The Royal Concertgebouw Orchestra (Amsterdam), The Scottish Chamber Orchestra, English National Ballet and many others, including work as a freelance instrumentalist in London's West End. Neil's warm, supportive and practical approach to music tuition is distilled from 25 years experience working with children and adults at all levels, from beginners to the most advanced, and incorporates many techniques drawn from his personal study with some of the best instrumental teachers and vocal coaches in the UK.

As a composer and singer songwriter, Neil is currently recording and producing his own music from his studio in East Belfast. His first album of songs was released in 2015, gaining airplay on local and national radio including Radio Ulster, where presenters including Colum Sands and Cherrie McIlwaine praised the quality of both his singing and songwriting. Neil is a member of the new Belfast artists' collective 'Belfast Bankers'. He is also a fully qualified Music Therapist, and offers music therapy and music tuition to children and adults with additional learning needs and / or mental health issues. 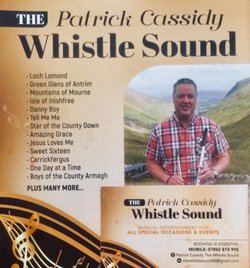 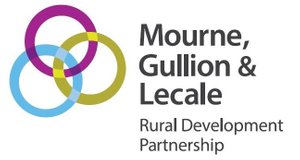